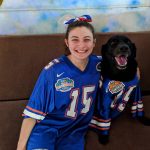 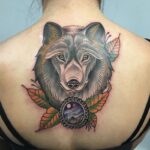 Ecuador sits on a gold mine of cacao…

Everyone knows Cacao has come from Latin America since ancients years, but just a few people know that Ecuador is the native place. However, ceramic pottery with cacao beans remnants dating to 3.300 BC has been found, showing that this fruit has been grown and eaten in the country for over 5.000 years.

The key to producing the finest gourmet chocolate is Cacao’s pleasing aroma, also known as Arriba or national since it only grows in Ecuador. Barely 5% of Cacao made worldwide has the denomination of “Fine Aroma,” and the country is the largest producer, giving it the name of a distinguish top dark premium chocolate.

All cacao beans are not created equal, and farmers play a big role in the contribution of the cacao world with the production of 70% of the highest quality beans in the world. Conversely, the most significant production takes place in the provinces of Manabí, Los Ríos, and Guayas.

Pacari chocolate has won 25 rewards for its high quality and organic ingredients.

República de Cacao is well known for using cocoa beans of a single origin, meaning it’s not blended with Cacao from any other area.

To’ak Chocolate, the owner of the most expensive chocolate bar, uses the rarest and oldest variety of Cacao on earth, which was believed to be extinct.