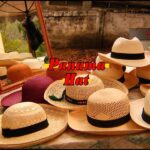 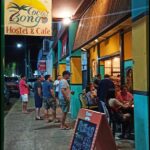 The Journey Of The Japanese Sleeve

Traditional Japanese sleeve tattoos will take a number of sessions. My journey will take 5-7 sessions for a total of 50 hours because of the complexity and time involved, and It’s best to have a professional tattoo artist design and do your Japanese-style tattoo.

“The legend of the Koi fish” is the inspiration for my Japanese Sleeve.

And the legend goes:

The legend of the koi fish predates written history and has captured the hearts and imaginations of people worldwide. Of course, as with most ancient tales, there are a few different interpretations; but it is essentially the story of the little brightly colored fish that could.

The Chinese legend tells of a large school of fish—shining like polished jewels—that made the long and challenging journey upstream against the current of the mighty Yellow River.

When they reached an imposing waterfall, many resigned to return to the flow and returned the way they came. Some of the fish, however, was unfazed and attempted to leap up the cascading water to make it to the top.

One version of the legend says that some local deities, or demons, were drawn to the splashing. Seeing the determined efforts of the koi fish, and out of spite, cruelly made the waterfall even higher. It didn’t have the desired effect, though—and unperturbed—the Koi redoubled their efforts to get to the top.

For 100 years, the Koi toiled against the odds until, finally, a single koi crested the top of the waterfall to make it into the river above.

The gods who witnessed this colossal achievement rewarded the courageous fish for its perseverance by transforming the Koi into a golden dragon. This dragonfish now traverses the skies above the river, constantly seeking pearls of wisdom.

As a result, the waterfall became known as the Dragon Gate. Any koi that summons the strength, courage, and determination to swim against the tide and through the gates is bestowed the same honor as the original fish that overcame adversity.

The story embodies the principles of perseverance, strength, and continued courage, reminding us never to give up, no matter the odds.

The Meaning And Design Of The Traditional Japanese Tattoos

Here are a few meanings and designs of the most famous traditional Japanese tattoos. They all carry historical and traditional purposes from myths, legends, and classic stories.

The Japanese dragon symbolizes strength, wisdom, blessing, and the force of good. The symbolism stems from the traditional belief that dragons can manipulate elements for the benefit of the people and the good in this world.

So, each color of the Koi fish carries a different meaning and symbolism. In regards to each color, here’s what a Koi fish tattoo can mean;

Also incorporated into Diego Espinosa design are some Lotus flowers, which also have symbolic meaning.

The lotus has long been a sacred and profoundly symbolic flower in religions and cultures today. They are called the Flower of Life because of their association with the cycle of life, death, and rebirth.

These aquatic herbaceous perennials sprout up from the bottom of a muddy body of water, blooming gracefully atop the water. Meanwhile, the roots are deeply embedded in the mud at the bottom of a lake or other waters.

This means emerging from darkness and uncertainty to lightness, beauty, and enlightenment. It’s symbolic of the experience of being human, going through darkness and suffering, so you can gain perspective and find the true meaning of life.

The white lotus flower tattoo holds the meaning of purity, perfection, and enlightenment.

The red lotus flower tattoo symbolizes the heart. It takes on the meaning of love, kindness, passion, and enthusiasm and the belief that both heart and soul should be open at all times.

It represents mysticism, spirituality, and the Noble Eightfold Path.

Pink flowers have long been associated with meanings of love and affection.

Panama Hat – Its Origins And The Process Of Weaving