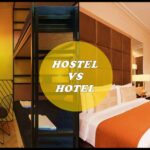 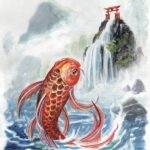 Panama Hat – Its Origins And The Process Of Weaving

The Panama Hat has been known worldwide since the 19th century and is one of the most valued Ecuadorian cultural heritage.

It’s also known as the Toquilla straw hat or Montecristi Hats and is a traditional brimmed straw hat of Ecuadorian origin with deep ancestral roots. The Town of Montecristi is a charming little town located about an hour and twenty minutes from CoCo Bongo.

The locals of the Ecuadorian coast used “toques” made of toquilla straw to protect themselves from the sun. The lightness and flexibility of this fiber favored its use to make hats that have become a symbol for the country, being a fusion of nature, the manual dexterity of Ecuadorians, and their culture over time.

The uniqueness of the Panama Hats is the utterly manual process with no machinery used other than the hands and ancestral techniques of the artisans in the countryside.

Start from the initial button on the top of the hat, using only a few pieces of straw and adding more until reaching a size of 2 to 4 inches in diameter.

The artisans weave the top, called “Copa,” using a rounded wooden block to guide the weaving process until it reaches the lowest part of the hat.

The third step is called “Remate.” It uses a special interweave, which is important since it helps to leave long strands of straw poking at the hat’s edges.

Origins of the Panama Hat

Hat weaving and wearing grew steadily in Ecuador through the 17th and 18th centuries. One of the first towns to start weaving hats in the Andes is Principal, part of the Chordeleg Canton in the Azuay province.

After Ecuador gained independence from Spain, Manuel Alfaro settled in Montecristi in 1835 and established a hat production business using his straw plantations and hiring skilled weavers.

Later, he started exporting the hats to the growing commercial center, Panama, whose subsequently acquiring the name that reflected on their point of international sale “Panama hats” rather than their place of domestic origin, Ecuador.

In 1906, U.S. President Theodore Roosevelt visited the construction site of the Panama Canal and was photographed wearing a Panama hat, further increasing their popularity.

Where are the Panama Hats or Toquilla Straw Hats made in Ecuador?

This traditional technique’s central province is Manabi, Montecristi, and Jipijapa, the first cities to export these hats. Also, we can find them in the provinces of Santa Elena and Azuay.

Summing up, the weaving technique and the hats are not just an income but part of the artisans’ lifestyle, traditions, and extended family heritage. That’s why in 2012, UNESCO named the Ecuadorian toquilla straw hat traditional weaving an “Intangible Heritage of Humanity.”

Is Coco Bongo a Hotel or Hostel or Both?

The Journey Of The Japanese Sleeve